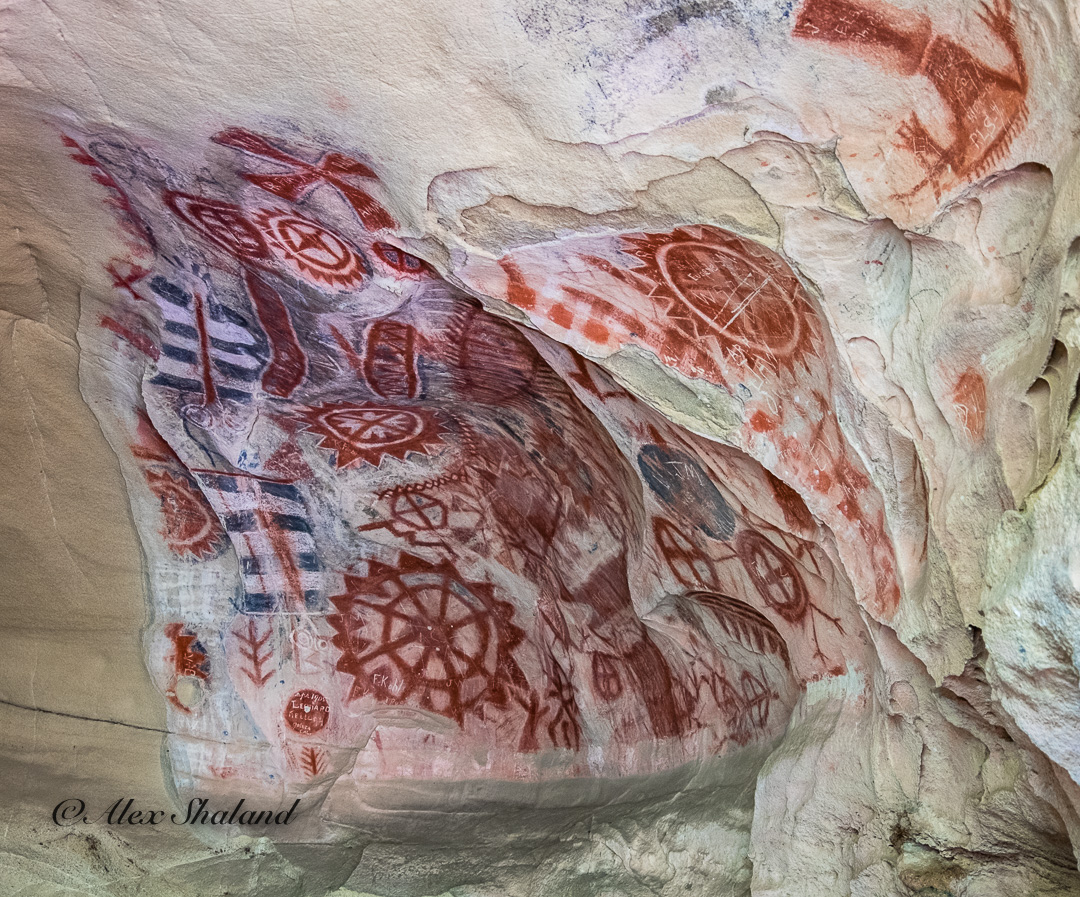 Learning the history of the land and past and present of the people has always been an important part of all our trips. While in Santa Barbara, we wanted to learn more about the Native American nation of Chumash. That tribe used to inhabit the central and southern coasts of California from Morro Bay in the north to Malibu in the south. Today, this land is part of the counties of San Luis Obispo, Santa Barbara, Ventura, and Los Angeles. The Historical Museum of Santa Barbara could have been a great resource for us, but it was closed due to the pandemic.

So, we decided to visit the Old Mission that was specifically established in 1786 to Christianize the Chumash. It was there that the native people used to live, study, pray, work, and die. While exploring the mission, we walked along the paths of the church cemetery admiring the elegant and elaborate mausoleums of important citizens of the town. The indigenous people of the land were buried there as well, but were soon forgotten. It is worth mentioning that some of them were the stonemasons who built the Mission and the artists who painted the church walls.

Finding the grave of the Lone Woman of San Nicolas Island

In the corner, near the bell tower, we found one grave that attracted our attention. The plaque said that Juana Maria was buried there in 1853. Here she was: The Lone Woman of San Nicolas Island made famous by Scott O’Dell’s popular novel Island of the Blue Dolphins (1960). San Nicolas Island is one of the eight offshore islands near Ventura called the Channel Islands.

When the native people of that island were forced to move from the island to the mainland, an orphan girl was inadvertently left behind. She survived alone for many years until she was “discovered” in 1853 and brought to the Santa Barbara Mission. The young woman was baptized as Juana Maria but died after only a few weeks there, probably from a disease her body had no immunity against.

However, unmarked graves are not the only reminders of the Chumash people once plentiful in this land. They left behind their enigmatic cave rock art. We drove 25 miles from Santa Barbara via a narrow, winding, and vertigo-inducing road to visit one of those caves in Chumash Painted Cave State Historic Park. After reaching the State Park sign, we left the car and followed a steep path to a small cave with the entrance barred by a heavy iron grillwork.

We had to stand in front of the grillwork for a while letting our eyes adjust to the dark cave, then peered inside and saw the amazingly bright paintings. Anthropologists believe that the paintings date to the pre-contact period (before the Europeans showed up), somewhere in the 1600s. Some sources also state that the paintings potentially could be as old as thousands of years. So, knowing that, we were astonished to find the colors so bright and vivid.

The bright colors of the mysterious spiritual images

The bright black, white, red, and yellow paints used by the unknown ancient artists were made of charcoal or manganese (black), crumbled sedimentary rock (white), hematite (red), and limonite (yellow).

Alex and I are not complete novices when it comes to the prehistoric/pre-contact shamanistic cultures. For example, we have studied, photographed, published, and lectured on the prehistoric rock art in the Cederberg Mountains in South Africa. But the images inside the Chumash cave did not look like anything we saw before. These images seemed to be involved in some mysterious dance, overlapping each other. Were these paintings multiple, overlapping layers done by different artists at different times? Or were we looking at an intentional mystical configuration? Some of the shapes were circular, some anthropomorphic.

The meaning of images is not known for sure

Strangely, some of these images reminded me of a Maltese cross, others, of a Rota Fortunae (a medieval symbol of the capricious nature of fate). But of course, they were nothing of the sort. Possibly, the paintings could be connected to the Chumash understanding of astrology or cosmology. Or they could have been created to link those in the world of the living with the world of their ancestors, the realm of the spirits. Sadly, the truth is that nothing is known for sure, and the images’ meaning is lost even to the descendants of the Chumash people.

Art should increase the “energy of spirit”

Driving back along the twisting and curving road again, I sat in the back of our rental car.  I could not force myself to look right at the vertical granite wall of the mountain, or to look left down the abyss far below. So, I closed my eyes and thought of what Kenneth Clark, a prominent art historian, said: “Art…should do something more than give a pleasure. It should increase our energy of spirit.” The paintings in that cave were the Chumash’s spiritual practice. And they have become our mystery – to ponder upon and to meditate. In our culture that is worldly and cerebral, we need to see the art that defies our intellectual understanding but offers instead a gateway to new spiritual insights.

Learn more about the the author, Irene Shaland.

Enjoy more Alex’s photos from around the world on Instagram.