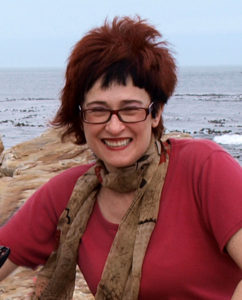 Irene Shaland is an internationally-published art and travel writer, educator, and lecturer. She focuses on the rich tapestry of global Jewish experiences, culture, and heritage. Irene writes and lectures on various countries’ responses to the Holocaust. A member of the international Society for Crypto-Judaic Studies, she is a regular presenter at the Society’s annual conferences and contributor to its HaLapid academic journal.  Irene is a contributing author and lecturer at such academic institutions as Siegal College of Jewish Studies and Touro Law School of New York; museums and cultural institutions, like the Center for Jewish History Research/American Sephardic Federation in New York and Maltz Museum of Jewish Heritage in Cleveland.

Irene is the author of two books on the history of theater, drama, and intercultural interpretations. Her book Tennessee Williams on the Soviet Stage is available at Amazon.

Her third book The Dao of Being Jewish and Other Stories was published in January, 2016. Paperback, Large Print, and Kindle editions are available at Amazon.