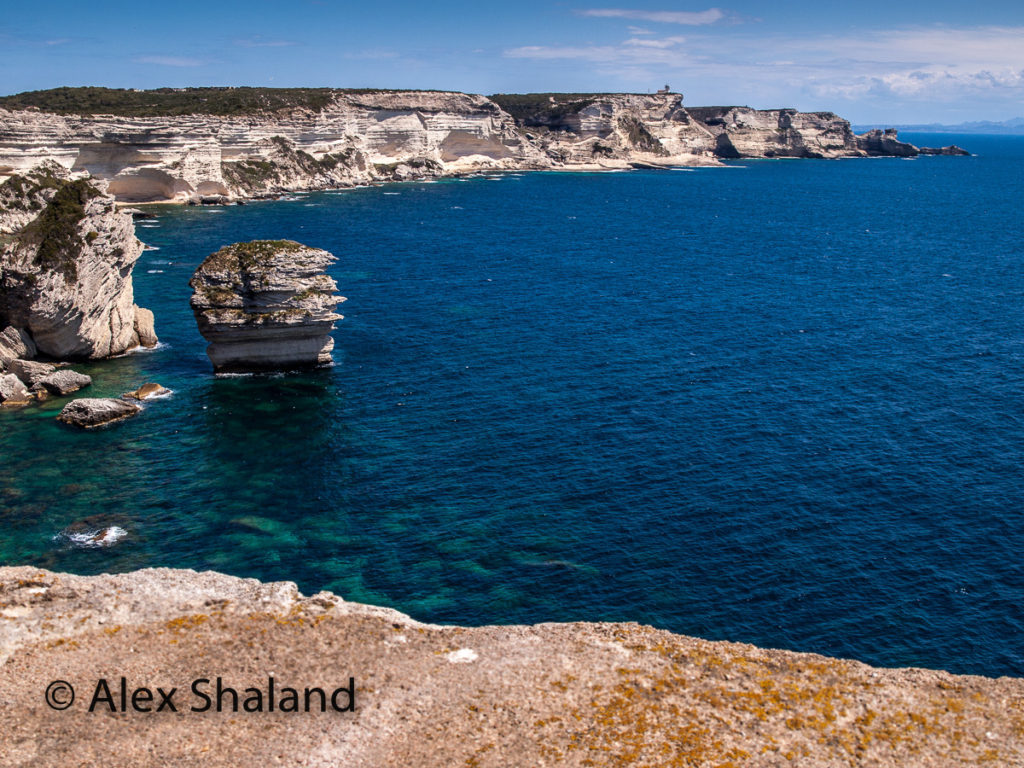 “We put into that port, so well-known amongst sailors: where sheer double cliffs, with no gaps, encircle the harbor and two headlands squeeze the narrow entrance in their grasp.” “Homer, “Odyssey,” Chapter X.

During all our days of driving along the Corsican “carousel” that we developed trying not miss any of the main sites, we were falling deeper and deeper in love with the raw beauty of this island. But we left our hearts in Bonifacio. This stunning city presides over the most beautiful harbor in Corsica, arguably admired by Homer and described in his “Odyssey.” Was Homer the first Bonifacio tourist? Homer or not, Bonifacio is simply breathtaking. Spreading over the top of limestone cliffs, the city owes its jaw-dropping magnificence to the medieval fortress and upper town houses that look toward Sardinia on one side and over its picture-perfect harbor on the other.

According to historical records, Bonifacio as a city was born in 828 CE, when Marquis of Tuscany, named Bonifacio, was passing by that location returning from his African expedition. He decided to develop a fortified harbor town there and for almost three centuries the Pisans ruled the city. The Genoese came at the end of the 1100s and built their impressive fortress overlooking the sea. Whether the rulers were from Pisa or Genoa, the city lived by the two main industries: fishing and piracy. Even though by the end of the 1790s, Bonifacio, just like the rest of the island, fell under the French rule, it still feels more Italian than French, and is definitely different from the rest of Corsica.

For our first trip to Bonifacio we chose hotel Cala di Greco as our home. Less than 10 minutes driving from Marina will bring you into a diffirent world, but you really need to know how and where to look for it. Old stone walls and massive wooden gates have no sign and seem to belong to a medieval mansion. Inside the gates, a primeval Corsican landscape with a rusty fishing boat under the tree reminds you that this world is surrounded by the sea. Be prepared for a stark contrast, for soon the landscape of scrubs will change into a group of villas, each behind its white wall, each within its own secluded world, complete with an enclosed courtyard, a patio, and a terrace.  The hotel defines elegance and refinement: we had a junior suite, tasteful, spacious and comfortable. Our bedroom opened into a small terrace where we liked to drink Corsican Rose with terrific cheese from a local farm. I think I can still feel the taste of both in my mouth.

The hotel’s pools are heated to almost 80 deg. F and are exceptionally beautiful. We especially liked the infinity pool with its breathtaking view of the city across the bay. That was a great location to enjoy the hotel’s wonderful breakfast. But we loved most to spend our late evenings there, breathing the sea air and absorbing the magical beauty in front of us as the sun was disappearing behind the horizon.

The entire staff was highly professional, attentive, and knowledgeable. We will recommend this hotel to all our friends and followers who might consider coming to Bonifacio. 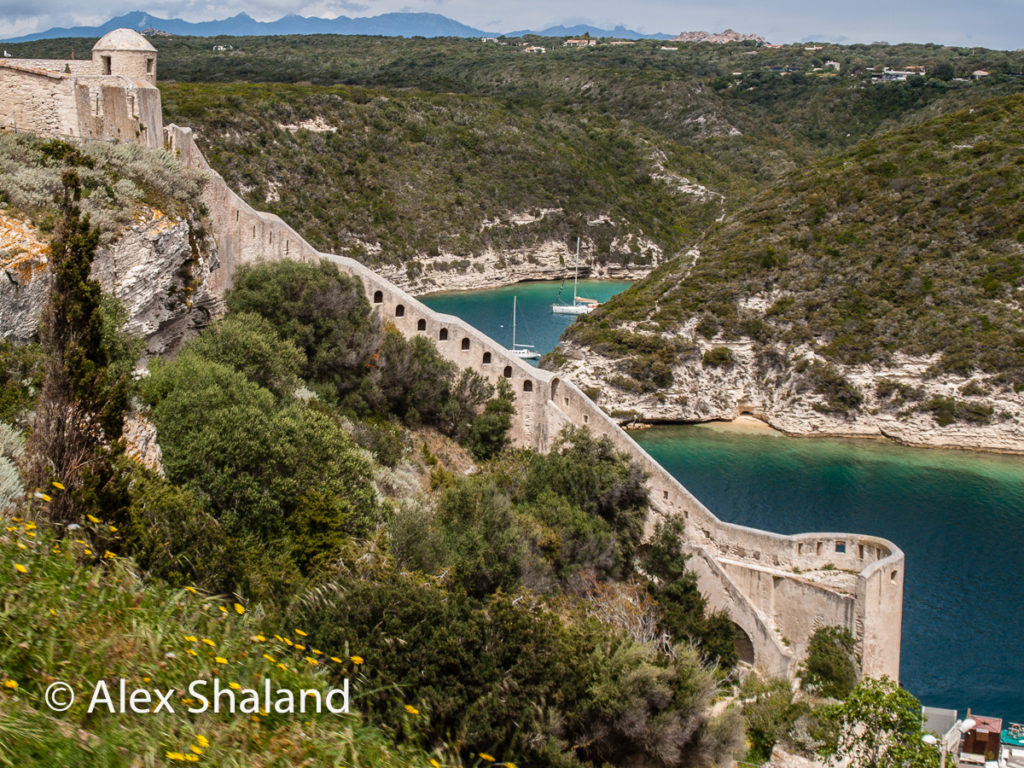 View on the Bonifacio harbor from the Genoese bastions. 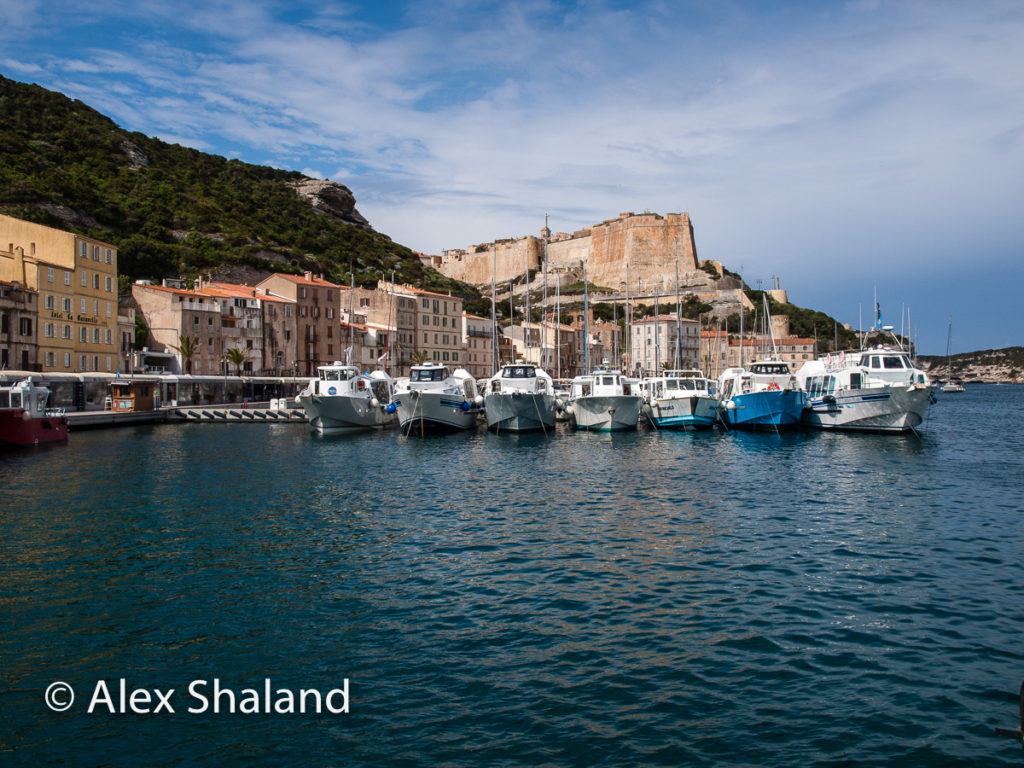 Marina and the Upper Town in Bonifacio, Corsica. 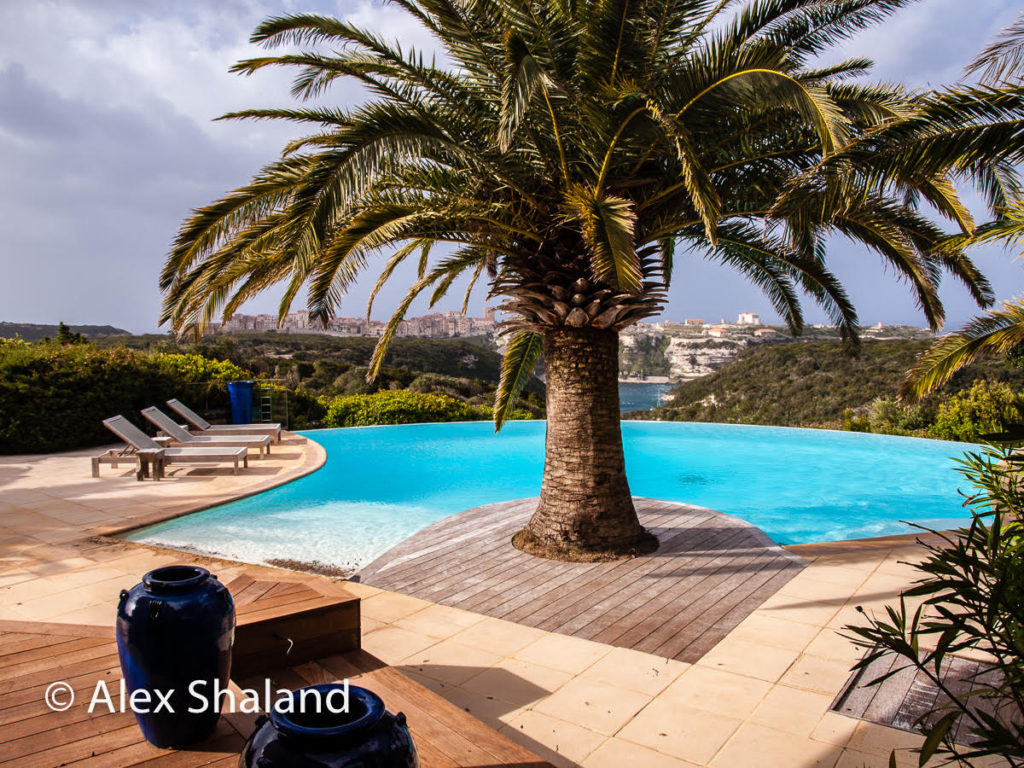 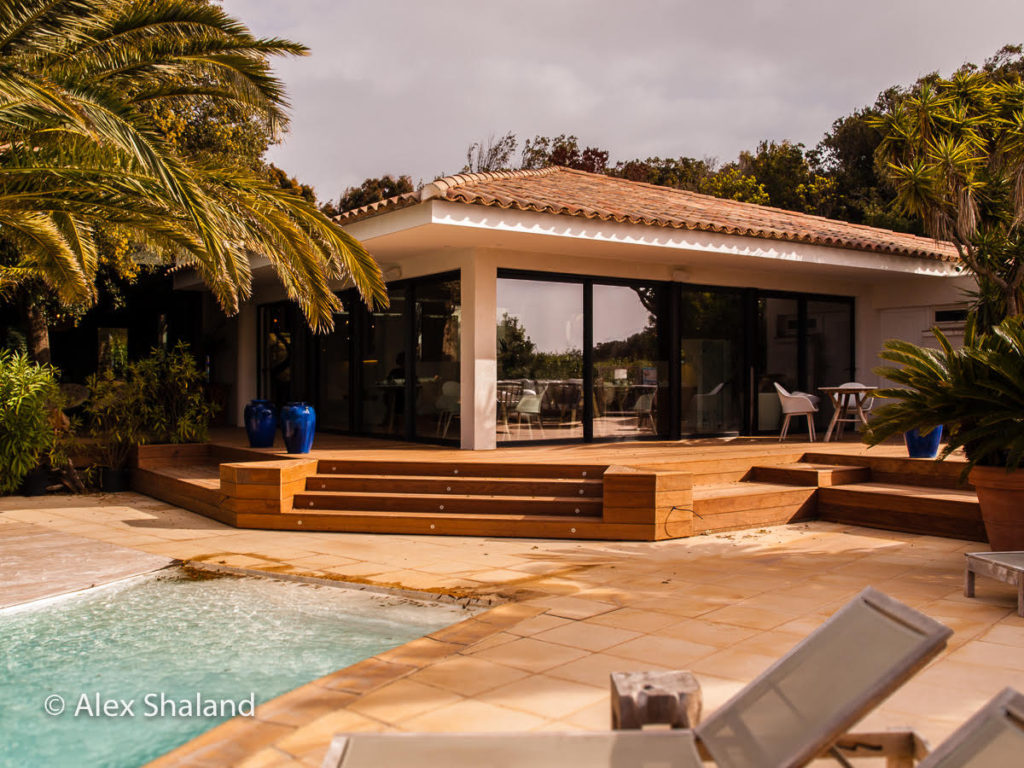 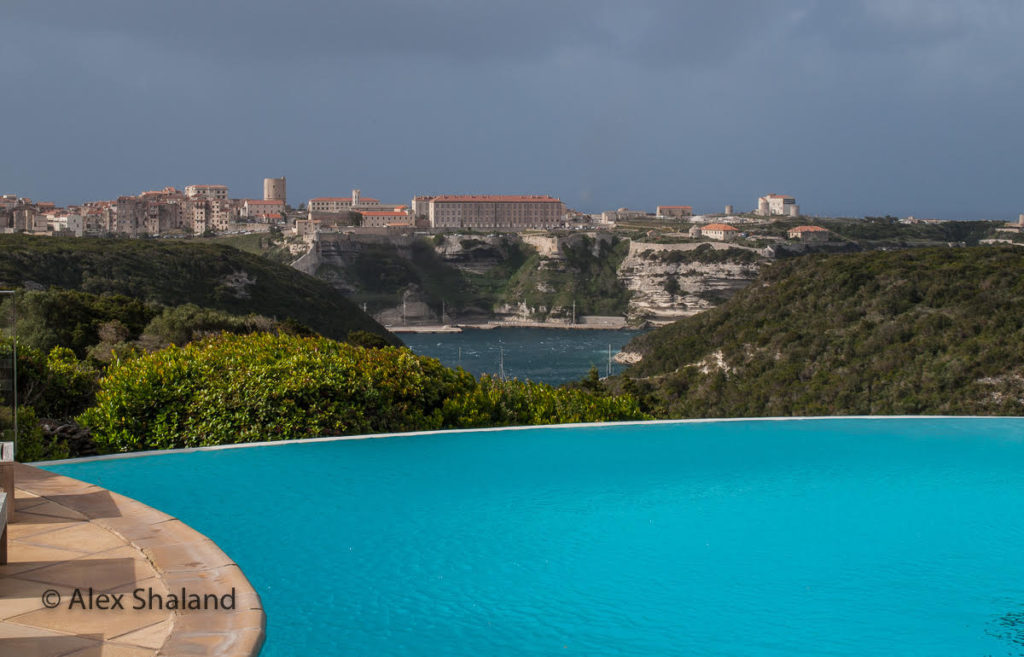 Our favorite spot in Corsica! Bonifacio as viewed from our infinity pool, Cala di Greco, Corsica. 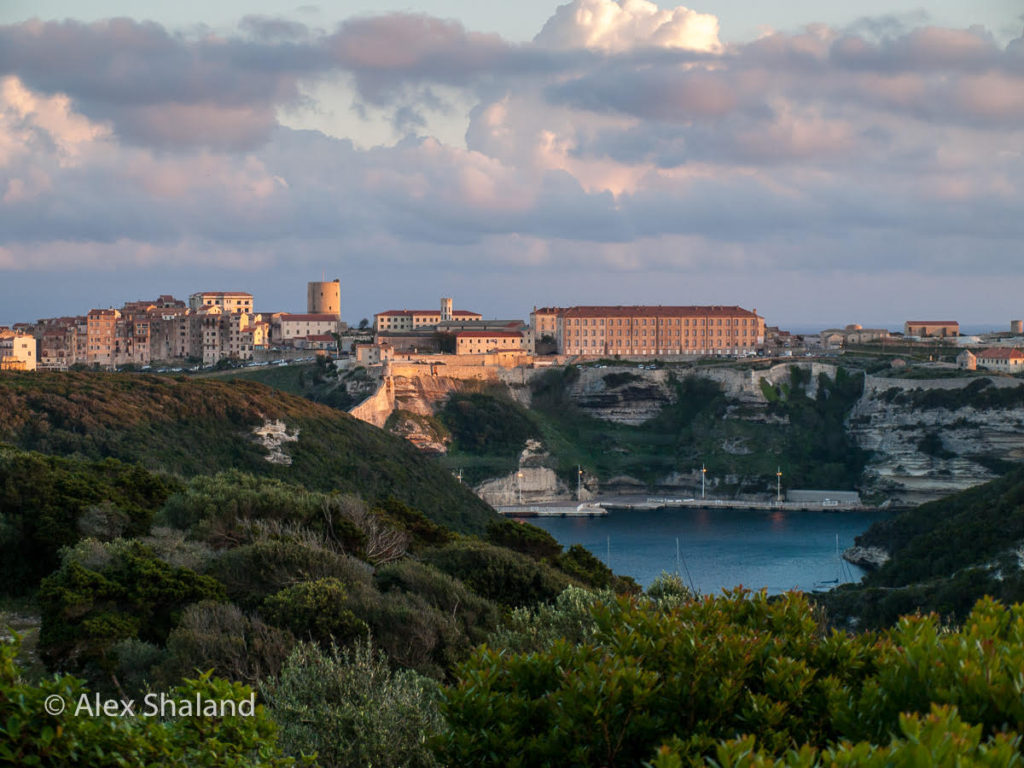 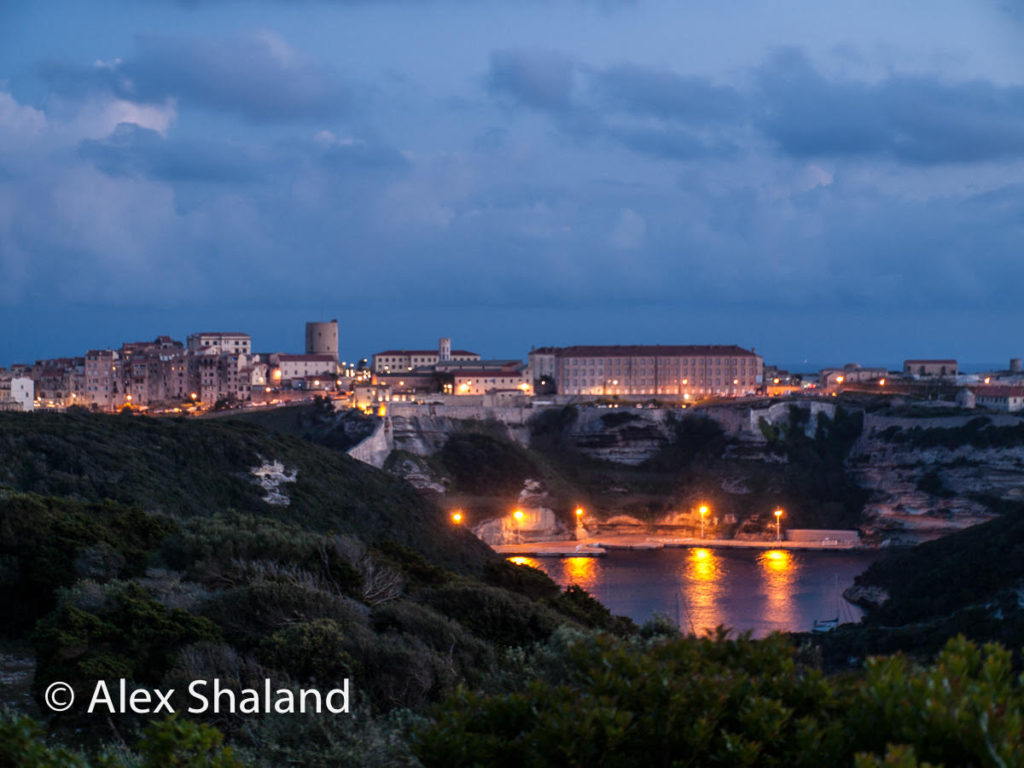